Leaking showers creating damage to a home is something we often find when doing pre purchase property inspections. Although leaking showers can happen in any home they are particularly prevalent in older homes. This is especially true for homes older than 15 to 20 years of age.

The reason for this is that there have been progressive improvements in the standard of waterproofing required for new homes. The main provisions are contained in AS 3740-2010.  The Australian Institute of Waterproofing also provides technical guidance on how waterproofing should be implemented in wet areas including showers.

Signs that a shower is leaking

The signs that a shower is leaking is quite often clear. Signs include the paint on the wall lifting, flaking or simply peeling off. In addition, the wall and or plaster is damp or at worst wet, soft or flaky to touch. In extreme cases, mould is forming on the wall!

What are the causes of leaking showers?

In older homes, issues with leaking showers comes down to a breakdown of the water proofing provided by the tiles and the grout. In essence it can be caused by:

• Grout breaking down and allowing water ingress
• Expansion and contraction in the wall/floor tiles has allowed water to escape
• Adjoining walls have some settlement and or structural cracking which has allowed water to ingress past the tiles
• Pinholes in grout
• Poorly grouted tiles
• Leaking pipework behind the wall
• No puddle flange installed under the floor grate
• No fluid aprons installed around tap ware in wall penetrations
• Internal corners and bottom row of tiles not grouted with silicone
• Cut edges of tiles exposed in shower
• Structural movement of the building
• Waterproofing membrane not included in installation
• Tiles not correctly bedded into adhesive
• Silicone in corner joints has broken down
• Lack of plumbing maintenance.

How can a leaky shower be fixed?

When showers leak ignoring the issue will only make it worse. You must act!

There are two ways to fix leaking showers. They are:

Both of these options are expensive so don't risk buying a house without getting a pre purchase building inspection undertaken before you make the decision to buy!

Can I make the vendor pay for the repairs to a leaking shower? 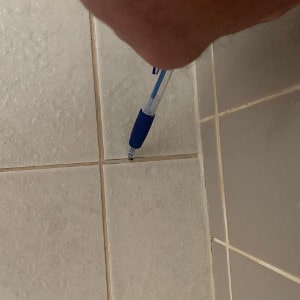 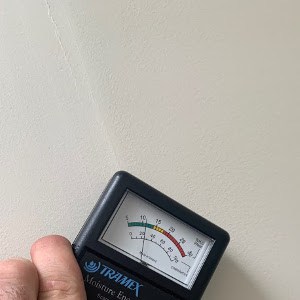 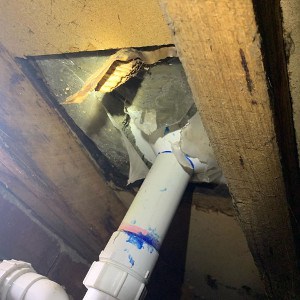 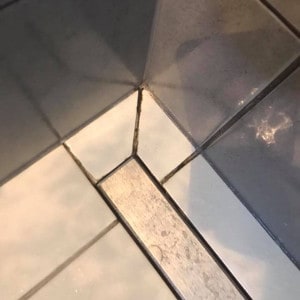 If you have a question in relation to  leaking showers and the damage they can cause do not hesitate to contact us.

Our pre purchase building inspections will  provide you with peace of mind and potentially save you a lot of money.

We specialise in the following places:

Scroll back to top